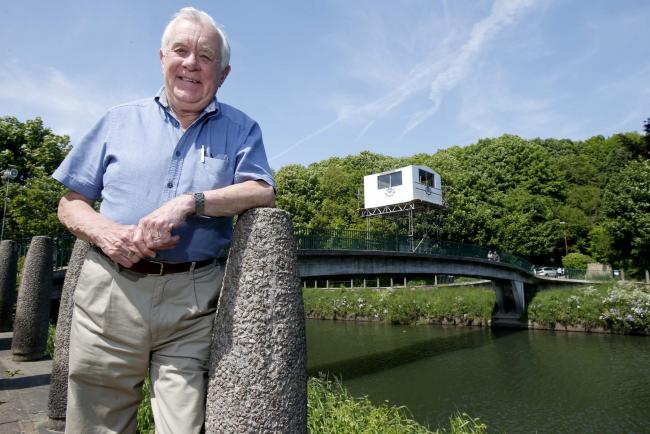 Durham Regatta has lost one of its most loyal servants following the death of long time commentator Keith Yates at the age of 79.

Many will remember Keith as the voice of the Regatta for over 40 years.

Although originally from Langley Moor he spent much of his life in the Midlands, returning to Durham each year in his role as the Regatta’s chief commentator.  His links with the Regatta and with rowing in Durham go back even further.

Keith was educated at Durham’s Johnston Grammar School where he became involved with rowing as a cox in 1951. Later he coxed for Durham Constabulary and the Durham County Eight. He joined Durham Amateur Rowing Club in 1956 and first competed for the club at Durham Regatta in the Mayors Plate in 1957, before going on to become the first crew cox.

With a regular line-up of F.Weatherley, W.T.Parker, I.C.Shepherd, H.Smith, and  cox K.J.Yates, the senior four won the Grand Challenge Cup 5 times in succession between 1958 and 1962, also winning the Wharton Challenge Cup 4 times during the same period, and attended GB Trials at Henley in 1959. 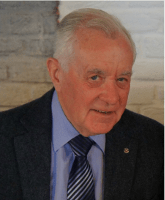 In 1962 Keith moved from Durham to Nottingham, and lived for many years in Melton Mowbray, Leicestershire.

He was an honorary Vice President of the Regatta, and has participated in every Regatta since 1953, as a cox, volunteer marshal, and, since 1976, as a commentator. His final commentary was in 2018.

“Keith’s beloved Durham Regatta will continue, but without his lovely voice and the information that he so loved to share with members of the public,” said his widow Anne.

Keith died suddenly in the early hours of January 1st. His funeral will take place at 11.30am on Wednesday 16th January at Sage Cross Church, Melton Mowbray.

Photo by The Northern Echo shows Keith celebrating his 60th year at Durham Regatta in 2013.