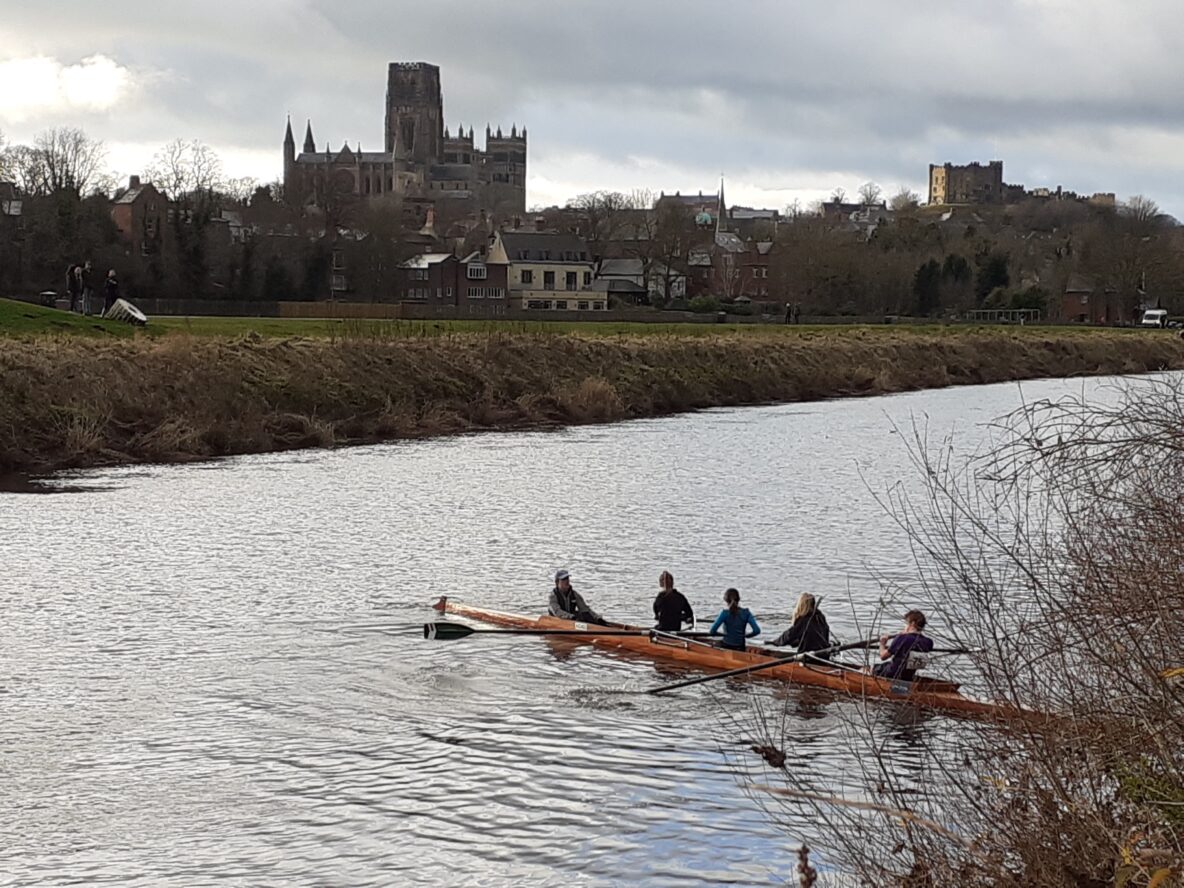 Lack of experience at College Boat Clubs during the pandemic has made the past two years very challenging for student rowing in Durham, giving rise to some concern for the future, and it was refreshing to see matters being addressed with the return of the Durham College Rowing Novice Cup on December 4th and 5th.

The Novice Cup is contested annually at the end of the Michaelmas term by rowers in their first season of rowing who have completed a Learn to Row course run either by Durham University Boat Club or by their College Boat Club. Rowing is a huge part of student life in Durham and the Novice Cup offers a fun introduction to competition for newcomers to the sport who can then progress to further competition if they wish, or just continue to row socially. 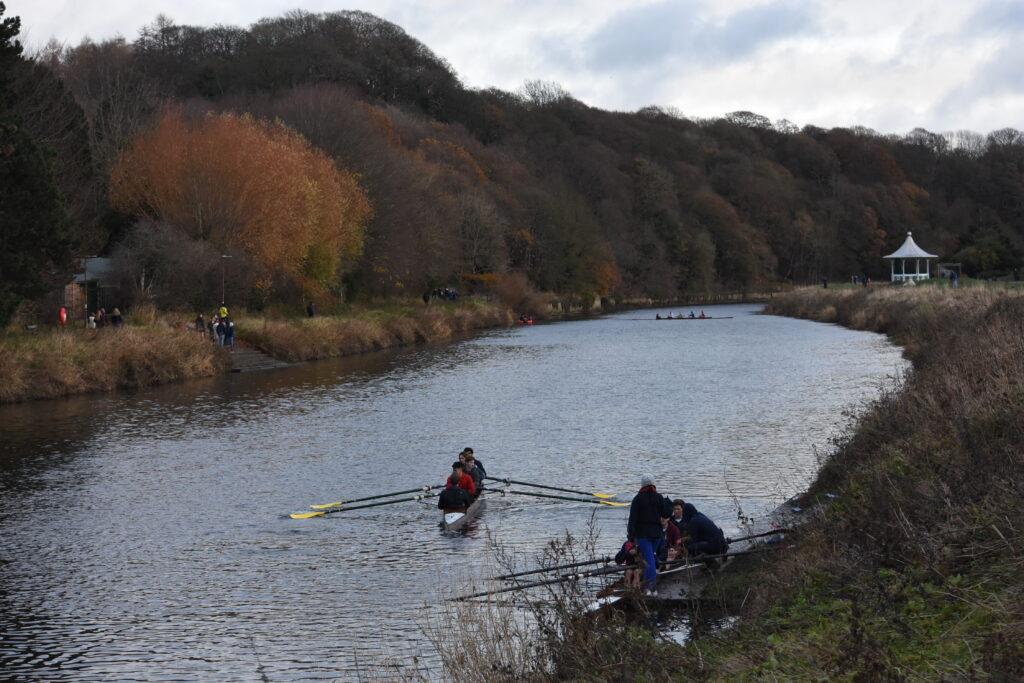 The two day event includes a Saturday time trial over 500 metres for coxed fours finishing under Baths Bridge. Coxes are required to be experienced. The time for each crew is used to determine their position in the draw for a side by side knockout over the same course which takes place on Sunday. In recent years skillls tests have been added to the time trial, requiring each crew to execute an emergency stop opposite Collingwood landing stage and complete a 360 degree spin before continuing.

Entries from fifty-nine crews (27 Open and 32 Women’s) representing all 16 of the Durham University colleges were allocated start times ranging between 10.15am and 3.30pm. Apart from the cold conditions and some occasionally erratic steering the day went according to plan, although a small number of the later entries had to be curtailed due to the fading daylight. South College (spinning in top photo) which was founded in 2020 took part for the first time, entering two Open and one Women’s crews.

A draw for Sunday racing was made but the weather then took over and heavy rain led to the river rising to such an extent that conditions were declared unsafe and the Sunday format was changed to an ergo relay competition held in St. Cuthbert’s Boathouse with each crew member required to compete 500 metres so as to record a crew time for 2000 metres.

The times from Saturday and Sunday were then combined to determine places. Hatfield was declared the overall winner in the Open category and University College the winner of the Women’s category. The Victor Ludorum points competition went to Van Mildert Boat Club. A summary of results is available here.

Presentation of prizes took place on Sunday evening at an afterparty hosted by Durham ARC. 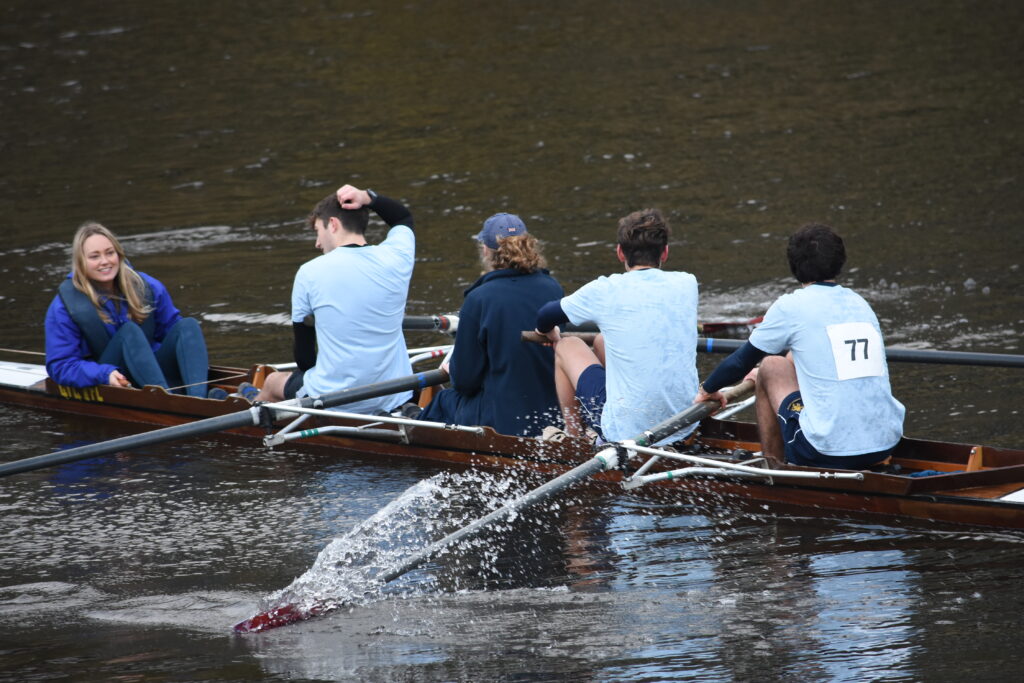